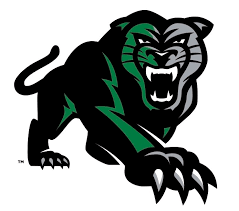 Recently I have gotten into watching Marvel Movies. It started this summer when I watched all of the Avengers movies in order over and over again. I realized that there is more to Marvel than the Avengers movies and started watching the solo movies starting with Venom.

I absolutely loved the first Venom movie. I assumed that he would be a villain like in the comics, but I was surprised. In the movie, Venom is portrayed as an alien who takes over the body of Eddie Brock and they become an unlikely duo to save the world.

This is the first Marvel movie I have seen that had a ton of comedy in the script, and I think it was a great addition considering they left out Venom being a villain.

After watching the first Venom movie, it so happened to be that the next day is when “Venom: Let there be Carnage” came out in theaters.

I thought that “Venom: Let There Be Carnage” was just as good as the second one. I loved how it went more into the developing relationship between Eddie Brock and the alien (Venom) who took over his body. I also loved how they included Woody Harrelson into the cast because he is one of my favorite actors.

If you have not seen either of these movies yet I highly suggest that you watch them the next time you’re looking for a movie to watch.